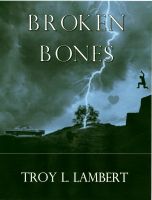 BUY IT AT AMAZON

RAFFLECOPTER FORM ON NEXT PAGE
Posted by Unknown at 5:29 PM