Jason Halstead Interview
I WOULD LIKE TO WELCOME JASON HALSTEAD TO MY PAGE TODAY WITH AN INSIGHTFUL INTERVIEW INTO HIS MIND. 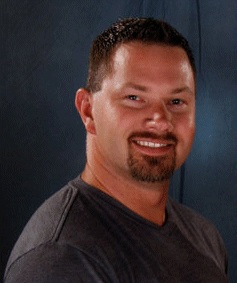 JASON’S BIO CAN BE FOUND ON HIS BLOG. SEE LINKS AT THE END OF THE INTERVIEW

“I usually describe myself as a science fiction and fantasy author who spends his daytime hours in the auto industry as an IT Manager. I’m a family man as well, which means I’ve got the perfect wife and kids, not that I have ties to a major (or minor) crime organization.
At present I have eight books published and available in various formats. I prefer the eBook format myself, and usually I’m doing what I can to promote Amazon’s Kindle 3G, Free 3G + Wi-Fi, 3G Works Globally, Graphite, 6″ Display with New E Ink Pearl Technology – includes Special Offers & Sponsored Screensavers because of that.
And yes, there’s always more. I’m a powerlifter. What? Yes, I know, it’s not an often mentioned title. Powerlifting is a flavor of weight lifting that involves picking up heavy weights for a single maximal repetition. The competition is fierce, though often it’s against one’s self.”

What inspired you to become a writer??

I was a child with an over-active imagination. I lived in a very rural area of southern Michigan, which only helped to spur my imagination. A lack of nearby friends led me on a path towards introversion. Television and movies back then didn’t have much in the way of the really cool stuff outside of Buck Rogers and Battlestar Galactica. Conan was about it for decent fantasy, so it was only natural that I’d end up turn to reading books.

The problem was, no matter how great the books were there was always something missing from how I would have told the stories. The obvious solution? Learn to write my own!

What character(s) of your book(s) do you most relate to??

Every character has a piece of me in them, even the chicks. No, that’s not an admittance of some deep psychological issues, it’s just proof that we’re all human even if we’ve got different plumbing.

But the one I relate to the most? Probably Rosh, from my Voidhawk series. He’s kind of a bum and a thug at first, but he learns over time to apply himself and finds himself capable of things he’d never dreamed of. Then there’s the fact that he’s a big son-of-a-gun and I’m a powerlifter.

Sergeant Carl Waters, from Wanted, is another obvious choice but not the one I’d make. I think Carl has a little bit of all of us in him - everybody loves him because everybody wishes they could get away with the things he does. Or at least the things he tries to get away with.

How do you visualize your stories? By dreams? Inner monologue with your characters, dreams, etc.?

My stories happen in the big screen in my head. I see them as a three dimensional movie unfolding, and then as I write them I force my point of view into the main or chosen character and only allow what they can see to be seen. The inspiration comes from everywhere. Other books, movies, music, real life, and sometimes even my kids.

What is your writing ritual? Music?? Silence? Meditation?

Those sound heavenly! No, I have no ritual. I carve out a few minutes when and where I can then sync my head up with the story I’m writing to clear out the clutter. Then I write - sometime only a few words at a time since I’m typically in the middle of a maelstrom of activity.

What inspired you to write the VoidHawk series?

I was a little irritated at the best sellers in the fantasy genre. They just seemed like too much of the same old thing being recycled. I loved science fiction but at that time I hadn’t figured out how to write a decent sci-fi story, I kept getting hung up on technical details that derailed me.

I stumbled across a TV show entirely by accident. Firefly, created by Joss Whedon. I was hooked almost instantly and only a few minutes later did I realize I’d just learned a valuable lesson about crossing genres and making a story work because of the characters, not the environment.

Digging deep into my mostly forgotten past of playing pen and paper role playing games I remembered a campaign setting by the name of Spelljammer for Dungeons and Dragons. A little research into that and I had my own blend of medieval ships in space. Add to that a healthy dislike of almost anything elven and Voidhawk was born!

The first book was not written as a book. It was written as 10 novelettes that were geared towards being episodic in nature. I saw them as 30 - 60 minute shows in my head. Later, thanks to the Amazon Break Through Novel contest, I decided to merge them together into a book. The second and third Voidhawk novels were written as novels from their inception. My fourth, fifth, and subsequent Voidhawk novels will be written thusly as well.

If you could be a book genre? Which one would you choose and why??

Self-help! The why is simple, with enough self-help I would be able to do just about anything! Make a million bucks; lead a complete and fulfilled life, star in my own personal adult cinema, etc.! The sky’s the limit.

There’s not enough paper in this document, and I’m only just beginning to learn. The secrets to success are to constantly keep learning and searching for better ways to do things. Remember that writing is personal, but selling is a business. In order to bridge that gap learn to not take things personally and to focus on reaching out to people to make the connection that makes them want to buy your stuff.

And don’t expect to be a one hit wonder. The chance is there, sure, but those are lottery winners and not the majority of us. Hard work is the sure-fire way to make it happen, so keep writing and putting more things out there. 20 tickets have a better chance of winning the lotto than 1 ticket does, but in either case it’s still pretty unlikely. A respectable level of success with 20+ different books, on the other hand, can be very rewarding. Imagine what 40, 50, or more would feel like?

Depends upon the goal of the exercise. Am I trying to escape or live happily in secluded tropical paradise? In the latter case:

In the former case:
Swap out the paper with a surface to air missile launcher to get the attention of any passing planes. :)

What other books do you have to write or be written in the horizon??

About to be released:
Dark Earth: The Lost Girls
Vitalis - book 2 (working on title and cover art still)

If you could have dinner with anyone alive or dead? Who would it be and why??

R.A. Heinlein. The man was brilliant, if a bit unusual. As a writing mentor I believe his assistance would be invaluable.

The future! I’d like to see what humanity can do, assuming it doesn’t off itself in the process. Besides, the past has problems with diseases and a lack of running water.

How do you write your books?? By the seat of your pants? Or is it plotted out in advance??

Both take place, sometimes at the same time. I don’t think I have yet to write a book that has ended the way I thought it would. Things happen along the way, the characters take over and sometimes it’s a challenge to route a story back so it ends in the same neighborhood that I’d first planned. This is why I have to write start to finish. If I try writing something downstream before the upstream, some literary beaver builds a dam and reroutes the water!

Here is a twist...10 words or less, what comes to your mind first??

Moon - Something I often did in my younger days

Fantasy - Vintage Conan comes to mind as a character, but as a conceptual idea the infinity symbol to indicate anything is possible.

Dragon - Potentially cool but overdone. Doesn’t mean I wouldn’t like to give it a try sometime, I just haven’t found the right angle to appeal to me without being just another dragon book.

Book - Obsolete, in its printed form. I’m a change embracing kind of guy and thought I don’t see print books ever truly going away, eBooks are the future.

Bird - Birds pooping on my car? This one left me blank for a minute.

Light - A dangerous thing when your pupils aren’t dilating properly thanks to being hit on the head with a metal extension ladder. Or so I’ve heard... ;-)

Feel free to add anything you would have liked me to ask and your social media links.

Good questions. I’ve got nothing to add that I can think of. As for social media links and such..

Not social media, per-se, but here are links to where my stuff can be found:
Amazon: http://www.amazon.com/Jason-Halstead/e/B0049AXHP2/ref=sr_ntt_srch_lnk_1?qid=1309130738&sr=8-1
Barnes and Noble: http://www.barnesandnoble.com/s/Jason-Halstead
Smashwords: http://www.smashwords.com/profile/view/JWHalstead
Posted by Unknown at 5:36 PM