Presenting to you Greg Kiser-Author of Insyte:) This was an excellent dystopian novel and I will be posting review of the book tomorrow.  He has generously allowed a giveaway of his book. For entry to win, comment on this interview with the answer to What would you do if technology took over your body in the near future?? 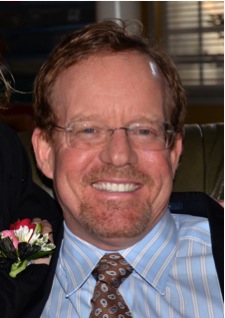 What inspired you to write INSYTE?

I was in a business meeting in 1999 and the customer asked me some questions and they weren’t quite important enough for me to fire up my laptop (which took about 5 min in those days) so I said I’d get back to him.
It struck me that it would be nice to have access to the info on that laptop unbeknownst to the customer. That would be sort of cool, make me seem pretty smart.
As time went on, I realized that’s really inevitable with the internet. There are glasses you can buy today - so called visual headgear – that let you watch content on your ipod. Maybe while you’re on a plane.
Obviously you can also view info on your smart phone. Let’s say voice recognition software improves and the glasses get smaller. Say the glasses become contact lenses. You get the picture. It’s just a matter of time before you can get online anytime, all the time, and you’re doing searches based on a question asked of you. Or just by thinking about something. So you would search the net the way you search your memory.
That’s the high concept and from there I developed the conflict to make the book (hopefully) interesting.

What character in your book Insyte do you relate to the most and why?

Probably relate to Mitch the most since I was in the Navy and I had similar discussions with my mother. My Mom always pushed me hard to get an education.
But I am most entertained by Cheslov. And most surprised by him.

What is your stance of the technology based world of today??

I’m a Director at Cisco. I’ve been in the high tech industry for 25 years. I think technology is wonderful. I made the point in the book and I believe this, that technology drove the production we saw in the 90’s. When PCs hit the mainstream, that was a paradigm shift that drove productivity off the scale.
Imagine trying to do business without spreadsheets or word docs or power points? Barbaric.
I think inSyte – ie the ability to be online ‘invisibly’ - will drive similar boosts in technology. Due to the increased access to information. It will allow decisions to be made more quickly. No more – I’ll have to get back to you on that.
I think we need to be careful with technology, the point I also made in my book – that there’s a downside to everything.

Do you have a special writing ritual you do to get in the writing zone??

That entire novel was written between 4:00am and 7:00am. I am most definitely a morning person. Seems I’m able to tap into my subconscious somehow if I do so before I really wake up, before the rest of the world wakes up.

Easy – the wild west. That was a time where technology had increased to the point where you could protect yourself, have hot water, be clean. But the world wasn’t so crowded. Life was simpler – the decisions you made every day were simpler.

What draws you to a book? The cover or synopsis??

What advice can you give for aspiring writers like myself?

Jeeze, here we go again where you’re treating me like a ‘writer’. I’m just a guy who spent 3 months writing a book. Just poured it out. Developed an outline and poured it out on paper.
Man, I thought I had a great novel. I set it down and then read it about a month later. What a piece of shit.
I spent the next 3 years rewriting, creating new chapters, getting rid of old chapters, connecting the dots, polishing, polishing, polishing!
Ended up with something OK, I think.
Does this constitute advice? Not sure.
Here’s some advice – don’t over think it. Just get it on paper. When you read it later, you’ll see how it’s supposed to be.

Do you experience writer's block and if so, how do you get past it??

I did not experience writer’s block with inSyte. Once I had the idea formulated, I developed an outline because I knew I needed conflict. From there it just happened.

Well, the answer might depend on how long I would be stranded. Let’s assume for one week.
I would bring an ipad that worked via satellite, a solar charger, and a few cases of Miller Lite with about a half ton of ice and a big cooler.
Now, if I was going to be stranded for longer then a week – I would bring my family, some good books on how to survive in the wilderness, and a computer so I could have pictures of all of my friends and, hopefully, get Netflix. ;)
Posted by Unknown at 8:38 PM