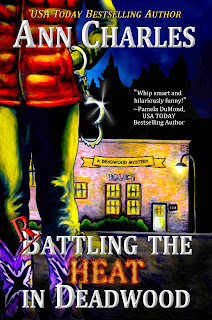 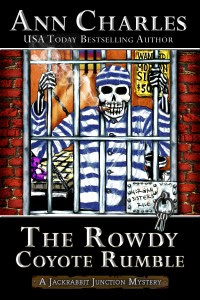 CLICK TO BUY THE LATEST BOOK IN THE SERIERS

I wanted to give this series a try since I love Ann Charle’s work. I started my book review blog with her Nearly Departed in Deadwood Adventures with Violet Parker back in 2011. So I find it fitting to review another one of her series 5 years later.

The Jackrabbit Series has 4 books in it so far.
Dance of the Winnebagos
Jackrabbit Junction Jitters
The Great Jackalope Stampede
The Rowdy Coyote Rumble

This series is about the adventures of Claire Morgan and her rowdy sisters. This is a Women Sleuth Mystery and Romantic Suspense genre book series. Mystery and romantic suspense are not my usual genres to read but something about Claire’s adventures drew me in. I found the series very entertaining with just the right arc of mystery to keep me turning the pages in suspense.

I like the whirlwind romances of all the sisters and they have the right touch of stubbornness and realism in their courtships. I found myself laughing out loud at some of their antics, especially with Manny, Chester and Gramps. I love those guys as they remind me of my deceased grandfather and his siblings with some of the conversations they had when I was as kid. It brought back good memories for me of those times.

When I started reading the books, I found myself growing very fond of Claire and her courtship with Mac and her interaction with her Gramps and his cohorts. This book will have you laughing in tears with some of the one liners they throw out there. As well as Claire and her sisters, a lot of other quirky characters come in to play throughout the series and it makes me dream about what it would be like if these characters were actually real people and how much fun I would have interacting with them.

Claire is stubborn, willful, and a strong protagonist and I love all those qualities about her. It makes me smile to see some of her antics that she gets into. She means well and is always looking out for her family and that’s something that is a wonderful trait to read and experience. You can feel the love she has for her family even when they drive her crazy or land her in the local jail.

I would recommend this book for readers who like mystery and suspense with a lot of humor thrown in. This series will have you rolling around like a tumbleweed as you go from one mystery to another and leaves a smile on your face. You want to stand up and cheer for Claire and her family and shake your head in wonder when you see how they interact with one another.

I give this book series 5 fairies and look forward to reading about their Thanksgiving next!!! Pick up your copy of this entertaining romp of a good time and take a few minutes and share your laughter that will inevitably come around once you start reading this series. 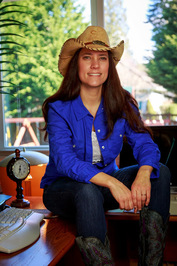 Ann Charles is a USA Today Best-Selling author who writes award-winning mysteries that are splashed with humor, romance, and whatever else sounds fun.

Currently, she has several fiction books available: NEARLY DEPARTED IN DEADWOOD (multiple award-winning book for both mystery and romance/mystery), OPTICAL DELUSIONS IN DEADWOOD, DEAD CASE IN DEADWOOD (selected as one of Suspense Magazine's BEST OF 2012 books), BETTER OFF DEAD IN DEADWOOD, AN EX TO GRIND IN DEADWOOD, and MEANWHILE, BACK IN DEADWOOD, which are all part of her ongoing Deadwood Mystery Series.
Also available from Ann are the first three books in her Jackrabbit Junction Mystery Series: DANCE OF THE WINNEBAGOS, JACKRABBIT JUNCTION JITTERS, and THE GREAT JACKALOPE STAMPEDE.

LOOK WHAT THE WIND BLEW IN, the first book in her new Dig Site Mystery series, is now listed on Amazon, too. This book stars Quint Parker, the brother of Violet Parker--the heroine in her Deadwood Mystery series. It's filled with mystery, humor, adventure, and a splash of romance.

A member of Sisters in Crime and Romance Writers of America for many moons, Ann has a B.A. in English with an emphasis on creative writing from the University of Washington. She is currently toiling away on her next book, wishing she was on a Mexican beach with an ice-cold Corona in one hand and her Kindle in the other. When she is not dabbling in fiction, she is arm wrestling with her two kids, attempting to seduce her husband, and arguing with her sassy cat. Most nights, you can find her hanging out over at www.anncharles.com, on Facebook as Ann Charles, or as AnnWCharles on Twitter.

I'm pleased to be reading Ann Charles Jackrabbit Junction Mysteries!
I started my blog back in 2011 with her book Nearly Departed. Her book was the first one I reviewed.
Now 5 years later, I am again reading and reviewing another one of her series.
I'm currently reading this series and will have reviews up after I'm done reading the whole series. 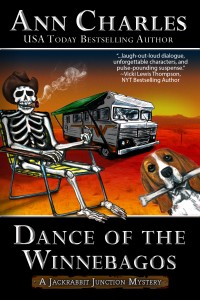 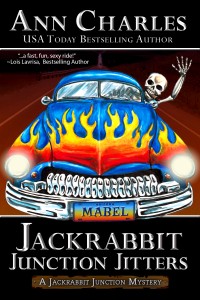 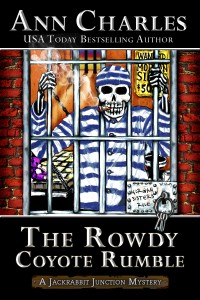 I'm working on Book 2 right now!!!
Keep your eye on my page for the reviews!!!
In the meantime, check out Ann Charles website.
ANN CHARLES WEBSITE
Posted by Unknown at 7:38 PM No comments: 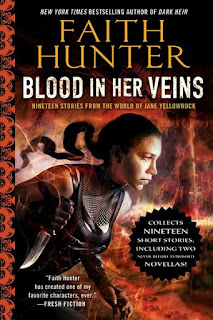 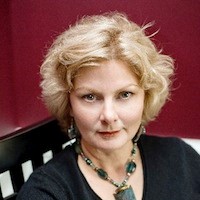