The wolf gift
By Anne Rice 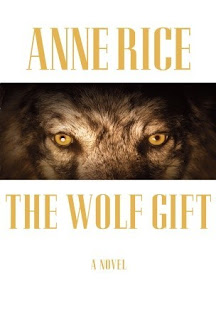 This was an ARC that I received from Netgally.

The time is the present.

The place, the rugged coast of northern California. A bluff high above the Pacific. A grand mansion full of beauty and tantalizing history set against a towering redwood forest.

A young reporter on assignment from the San Francisco Observer. . . an older woman, welcoming him into her magnificent, historic family home that he has been sent to write about and that she must sell with some urgency . . . A chance encounter between two unlikely people . . . an idyllic night—shattered by horrific unimaginable violence. . .The young man inexplicably attacked—bitten—by a beast he cannot see in the rural darkness . . . A violent episode that sets in motion a terrifying yet seductive transformation as the young man, caught between ecstasy and horror, between embracing who he is evolving into and fearing who—what—he will become, soon experiences the thrill of the wolf gift.

As he resists the paradoxical pleasure and enthrallment of his wolfen savagery and delights in the power and (surprising) capacity for good, he is caught up in a strange and dangerous rescue and is desperately hunted as “the Man Wolf,” by authorities, the media and scientists (evidence of DNA threaten to reveal his dual existence). . . As a new and profound love enfolds him, questions emerge that propel him deeper into his mysterious new world: questions of why and how he has been given this gift; of its true nature and the curious but satisfying pull towards goodness; of the profound realization that there are others like him who may be watching—guardian creatures who have existed throughout time and may possess ancient secrets and alchemical knowledge and throughout it all, the search for salvation for a soul tormented by a new realm of temptations, and the fraught, exhilarating journey, still to come, of being and becoming, fully, both wolf and man.

Reuben would have to be my favorite. He is a tormented soul coming to terms with his gift. I like how he is at odds at times with his wolf but still retains his humanity

Anne Rice is one of my favorite authors and I’ve read all her books up until she decided to write Christian fiction then I moved away from her writings. Wolf Gift is her return to the Gothic world and she again writes about monsters that really aren’t portrayed as monsters. The metaphysical connotations really hooked me in and made me think as I was reading Profound thoughts about God, Hell, Love, and Spirit are dappled through the entire book. Her vivid descriptions may seem wordy to some but I really enjoy them as I become immersed within the story and find myself flowing seamlessly into Reuben’s world as I turn the pages. I would classify this as a dark Gothic tale that blends metaphysical world nicely to create a visionary tale of good and evil. There are some sensual scenes that touch a bit on the taboo side of things but I didn’t mind them at all. In fact, it just flows nicely with the story. There is romance, intrigue, mystery and philosophy seamlessly intertwined within the pages which makes it my kind of book. I would recommend this to any Anne Rice fans as well as fans of Gothic novels. There are metaphysical ideas that are found within the pages that should whet any spiritual seeker’s appetite. It’s a definite read for werewolf lovers that show a different take on the werewolf legend.

I give this book 5 fairy rating for pulling me into the story and making me think about metaphysical philosophies.