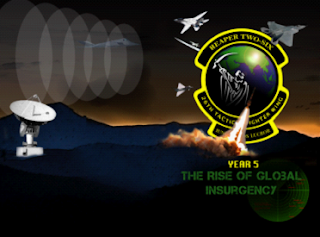 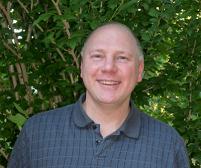 Robert Grand
The Rise of Global Insurgency kicks off in the highly trained black-ops squadron's fifth year of operations. Showcasing fast-paced action, suspense and drama, along with utilizing state-of-the-art technology, exhilarating combat sequences, believable, hard-edged characters and a fresh, inventive plot, this new techno-thriller novel is a must read.
www.reapertwosixproductions.com

Did you always want to be a writer? If so, what medium did you start with? Poetry, Short Stories, Novellas, Novels??
My first real experience was as a technical writer in college. Since a young boy, my passion has been aviation, specifically jet military aircraft. As time passed, I finally decided to attend college at The University of Texas at Austin and graduated with a Bachelor’s degree in Aerospace Engineering in 1988.
While at college, my dad had a significant impact upon my writing ability. I was the primary technical writer for our senior design team and we earned the highest grade in our class, thanks in part to the support and inspiration from my dad.
Over the past 20+ years, I led numerous technical writing projects with the FAA, Department of Defense and NASA, to name a few. My writing was well received and even allowed past employers to be awarded government projects worth millions of dollars.

What was the inspiration for your books, Reaper Two Six?
Reaper Two-Six allowed me to combine my strong passion for flying with my inspiration for telling a story grounded in today’s world situation. The background for Reaper Two-Six is strongly based upon real world events, financial situations, terrorist organizational behaviors and the interdependency of nations throughout the world.
I am the leader of an international on-line flying group with members from 22 countries. My friend’s strong aviation excitement inspired me to tell a story using many of their call signs as main characters in a novel.

Do you prefer to be indie published, self-published, or traditional published?? Why?
Self-published.
I did a lot of publishing research while writing Reaper Two-Six. I was confident in my ability to learn everything necessary to publish a professional novel, even though this was my first time. I started by surrounding myself with talented people willing to help me. My mother and fiancé were my editors and I am forever in their debt. My fiancé’s sister and a friend of mine were the graphic artists for the cover and interior illustrations. I was the author of the story and the coordinator of everything needed for publishing. Eventually, I assumed the primary role of publisher once the novel was 95% in its final form. At that point, I began to program the novel’s website (www.reapertwosixproductions.com) and also determine how to create E-books. It was quite a steep learning curve but very rewarding. When the paperback version of my novel was ready for release, the Kindle and Nook versions were also ready that same day. I came to find out that, as a self published author, I was in a unique situation for having all four items ready for simultaneous public release: website, paperback novel, Kindle ebook and Nook epub novel.
It was quite an undertaking to coordinate, write, design and program everything but I am glad that I decided on the self-published path. I can now use my skills for future Reaper Two-six novels and to help other authors and friends to achieve their dreams of publishing a novel.


Did you ever experience a major life changing event that impacted your writing?
It was not life changing, but the Star Wars movies had a meaningful impact on me.
As a young boy, I became so drawn to Star Wars that it really pushed my natural aviation desire to a new level. I knew that I wanted to be part of science and technology in the future and Reaper Two-Six reflects my life’s passions.

If you could be any book genre, which one would you choose and why?
Techno-Thrillers.
By combining science and technology with a believable storyline, Techno-Thrillers are both exciting to read and, if done well, give you pause to think about the world around you.

Name a song(s) that define(s) you as a writer.
I do apologize. I do not have an answer for this question. The closest I can think of are theme songs from science fiction movies like Star Wars, Star Trek, Aliens or Contact.

If the world was on the edge of extinction, how would you survive?
I would answer similar to the zombie apocalypse question. I would look for other survivors. Since I have a lot of experience in engineering, I would take a lead role in the military, transportation and/or housing for the newly formed society. I would focus on gathering everyone together into groups, probably similar to how cavemen existed. The difference would be to look for technological remnants with which to build upon for housing, defenses, power, hunting, farming and water. I am not afraid of taking a leadership position if it can help strengthen our survival.

What advice would you give to other aspiring writers like myself?
Research, research, research!!!
I spent a significant amount of time researching everything from characters, to locations, to military hardware, to situations in today’s world events. I wanted Reaper Two-Six to have a believable storyline with a strong foundation based upon today’s real world situations.

What other projects do you have on the horizon?
Year 6.
My original intention for the Reaper novels was to start at year 5 and continue with sequels up to year 10. The reason year 5 is the first novel was because of the nature of the Global Defense Organization (GDO). As a new global organization, the GDO leaders need time to gather their global team and get setup to begin operations. Once the GDO started to take on actual anti-terrorist activities, it would take time before the Reapers gained any reputation, especially as a black-ops organization. I felt that four years was a minimum time before the GDO would be well solidified as a global presence to be reckoned with and potentially feared by terrorists groups. Thus, year 5 is the first Reaper Two-Six novel.
Currently, I am working on the manuscript for year 6.

Tell us about 5 books that changed your life in some way?
Mere Christianity by C .S. Lewis – I was inspired to think more deeply about God and His presence in my life. This book had a great impact on my road toward God.
Letters between a Catholic and an Evangelical by Fr. John R. Waiss and James G. McCarathy – This book gave me the inspiration to seriously look into the Catholic Faith. I eventually went through the entire RCIA process and formally entered the Catholic Church in 2003.
Red Storm Rising by Tom Clancy – My first techno-thriller novel. I loved the attention to detail and the realistic usage of military hardware.
Heir to the Empire by Timothy Zahn – A wonderful Star Wars novel that helped inspire me to keep pushing forward with my Reaper novels.
Hunt for Red October by Tom Clancy – My benchmark for the Reaper novels. I designed my books in a similar style, focused and with strong technical details.

If you could time travel, what time period would you go to and why?
The year 2400 or later.
In my opinion, the past 100 years have seen the most unprecedented growth in science and technology in recorded history. Is this good or bad? Who knows?
History will teach us and it will depend upon humanities ability to adapt to the new technologies for better or worse. If we (humanity) survive, I believe that my strong interest in science and technology would blend well with a more advanced society in say 2400 and beyond.

And a fun one, what would you do if there was a zombie apocalypse?
Yikes!!! Assuming I am still human (LOL), I would search for other human survivors. Since I have a lot of experience in engineering, I would probably take a lead role in military, transportation and/or housing for the newly formed human society.

Feel free to add any social media links you have and anything else you felt I should have added to this interview.

Thank you for taking the time to explore my novel. I would be grateful for any feedback. You can email my anytime at productions@reapertwosix.com
LinkedIn: http://www.linkedin.com/company/reaper-two-six-productions
Novel Website: http://www.reapertwosixproductions.com/
Facebook: http://www.facebook.com/pages/Reaper-Two-Six-Productions/190110667717702